William Morris and the Utopian Tradition 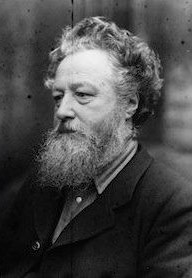 William Morris is widely known as the author of News from Nowhere (1890), a utopian romance first serialised in the Socialist League’s journal Commonweal. Yet, in his journalism and political writing, Morris also explicitly criticised the kind of practical utopian experimentation associated with the founding of small-scale communities and retreats, preferring to concentrate his own energies in doing propagandistic political work for the Socialist League. So how should we characterise Morris’s utopianism? In this lecture, Owen Holland will suggest some of the ways in which Morris used the utopian genre (in News from Nowhere) to argue against certain kinds of utopian practice associated with small-scale communitarian experiments and back-to-the-land colonies.