THE PRE-RAPHAELITES AND SCIENCE 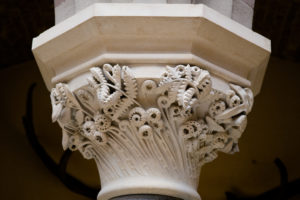 In their manifestos from the early 1850s, the Pre-Raphaelite Brotherhood argued that art should model itself on science, aiming to achieve the same standards of rigour, precision and truth. In this lecture, John Holmes will explore how they put this ideal into practice in their early painting, poetry and sculpture, showing how it changes how we see Pre-Raphaelite art if we look at it in this light. The culmination of the first, scientific phase of Pre-Raphaelitism came in the design and decoration of a new museum in Oxford in the late 1850s. As the museum was being built, William Morris, who had recently been a student at Oxford, worked with architect Benjamin Woodward and fellow Pre-Raphaelites Dante Gabriel Rossetti and Edward Burne-Jones on the new Oxford Union building. Although Morris was more ambivalent about science than some of the other Pre-Raphaelites, as this talk will show their scientific attention to nature, their experiments in art, and their collaboration with scientists and architects in Oxford all helped to shape his work and his values.