The libertarian eco-socialism of William Morris 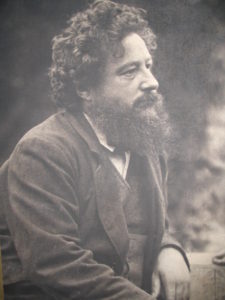 In the fluid but increasingly sectarian environment of socialist politics in the fin de siècle years William Morris was one of the few figures widely respected by virtually everyone and this has remained the case until this day. Many conservatives, liberals, ecologists and socialists all seem to have a good word to say about him. In this lecture John Blewitt shows why this has been the case. By looking at Morris’ fundamental beliefs on art, the natural world and political freedom John will suggest that it was in fact Morris’ love of nature that informed his conviction that ‘the life of slavery’ – the lived experience by so many in the nineteenth century – was not only the cause of humankind’s estrangement from the past, present and future but could also have been the harbinger of a ‘larger [eco]socialism’, which together with its anarchist affinities, Edward Carpenter and others promoted after Morris’ death but which was effectively rejected by the socialist and labour movements before World War One. This larger libertarian eco-socialism is only now being recognized as the path not taken but which in fact should have been.

John Blewitt is a Distinguished Fellow of the Schhumacher Institute and a member of the William Morris Society.