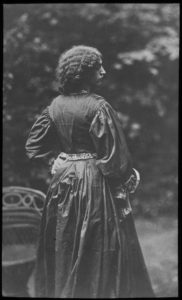 160 years after the first pictures were exhibited by the Pre-Raphaelite Brotherhood in 1849, a major new exhibition at the National Portrait Gallery will explore the overlooked contribution of twelve women to the Pre-Raphaelite movement, including Jane Morris, Georgiana Burne-Jones, Evelyn de Morgan, Effie Gray Millais, Elizabeth Siddal and Joanna Wells. In this talk the exhibition’s curator Dr Jan Marsh will discuss the significant roles the women played as artists, models, muses and helpmeets in the creation of the movement’s art.

Jan Marsh is the author of a number of books on women of the Pre-Raphaelite circle and joint editor of the Collected Letters of Jane Morris. She was President of The William Morris Society from 2008-18.