May Morris: A Daughter’s Story 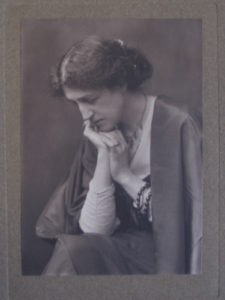 May Morris was a skilful embroiderer and jeweller and she lived for much of her life beside the river in Hammersmith, first at Kelmscott House and then at 8 Hammersmith Terrace, alongside a whole galaxy of Arts and Crafts designers.

It is often said that May was overshadowed by her more famous father, William Morris, as if they were rivals in reputation. This lecture is written in a different spirit, and will explore the deep love and dependence between them.

Alan Crawford is a historian of the decorative arts and architecture, notably on the Arts and Crafts movement, an area of study on which he has published extensively including a seminal study C.R. Ashbee: Architect, Designer and Romantic Socialist (Yale University Press, 1985), inspired and supported by Nikolaus Pevsner whom Alan met while a student at Oxford. Alan’s extensive knowledge and interest in the figures of the movement led to his contributing several entries for the Oxford Dictionary of National Biography (2004). He is a former chairman of the Victorian Society, and was an early member of the Design History Society.