DESIGN AND CRAFTSMANSHIP IN THE 20TH AND 21ST CENTURIES 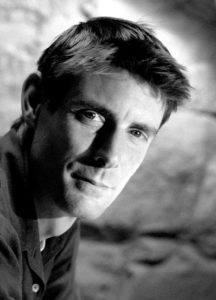 A talk by Corin Mellor on the past history and current projects at David Mellor Design.

Both hands-on craftsman and design entrepreneur, David Mellor was a key figure in British 20th century design whose work ranged from cutlery and silverware to street furniture.

Corin Mellor trained as a product designer at Kingston University and worked for the London architects YRM before joining his father as a designer-craftsman working on many varied projects. He succeeded his father as Creative Director of David Mellor Design in 2006. His special design commissions include public seating at the Lowry Gallery in Salford Quays, the Millennium Galleries and Winter Gardens in Sheffield; spectacular metalwork for Sheffield Cathedral; sculptural benches for the Duke of Devonshire at Chatsworth House; and a current project for a 20 metre link bridge in stainless steel and glass for Sheffield Hallam University.