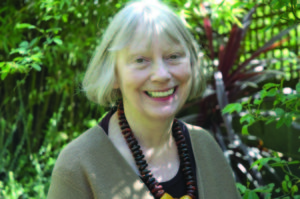 We are delighted that the Society’s 2017 Kelmscott Lecture will be given by internationally renowned historian of feminism and radical social movements, Sheila Rowbotham. Sheila will draw on her latest book ‘Rebel Crossings: New Women, Free Lovers and Radicals in Britain and the United States’, which relates the interweaving lives of four women and two men as they journey from the nineteenth to the twentieth century, from Britain to America, and from Old World conventions towards New World utopias. The lecture will explore the influence of William Morris on the thinking and politics of these six radical pioneers.

Sheila Rowbotham is the author of the ground-breaking books Women, Resistance and Revolution; Woman’s Consciousness, Man’s World; and Hidden from History. Her later works include Promise of a Dream: Remembering the Sixties; Dreamers of a New Day: Women Who Invented the Twentieth Century; and the biography Edward Carpenter: A Life of Liberty and Love, shortlisted for the James Tait Black Prize and winner of the Lambda Literary Award for Gay Biography. Her poetry and two plays have been published and she has written for newspapers and journals in Britain, the US, Italy, Brazil, Turkey, Sweden and Sri Lanka. An Honorary Fellow of Manchester University and a Fellow of the Royal Society of Arts, she lives in Bristol.